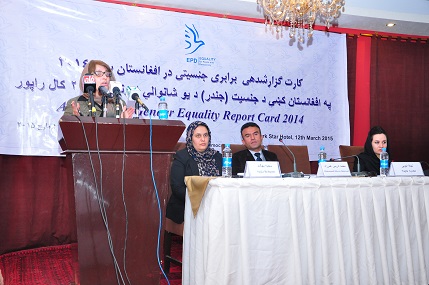 EPD’s launch of the Afghanistan Gender Equality Report Card in Kabul on March 12th comes at a critical time as Afghanistan enters the Transformation Decade. As the Afghan government assumes more responsibility through increased on-budget financing, it is critical to revisit the thousands of commitments that have been made to the women of Afghanistan and gender equality. This research assesses both progress and shortcomings in key areas – such as the peace process, security, health, education and access to justice – from the perspectives of Afghan women, based on a survey completed by 154 members of EPD’s Provincial Women’s Network in five provinces of Afghanistan in combination with desk research and stakeholder interviews. The research has been published in English, Dari and Pashto.

After the fall of the Taliban regime, Afghanistan faced daunting challenges in terms of gender equality as very few or no girls were attending in school, a deficit existed of women professionals such as teachers and doctors, women’s participation in the labor force was limited, women were missing from political activities and decision-making at all levels, and women were effectively removed from public life. The government commitments to women and gender equality have led to a number of areas of progress as well as setbacks for women in Afghanistan. However, the 2,300 commitments made by government since 2001 have never been assessed from the perspectives of women themselves. This research can therefore be seen as ground-breaking. 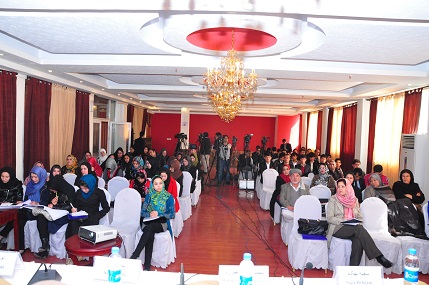 EPD hopes that the report will be widely used as tool to advocate for real, long-lasting change, as it provides a foundation “for civil society, the international community and the media to hold the government responsible for its commitments” to women and gender equality, as Ms. Behgan, Deputy Director of the Afghan Women Skills Development Center, mentioned during the launch event of this research. Ms. Najla Ayubi, Deputy Country Representative at the The Asia foundation, furthermore emphasized that this research should make “people aware of the status of women and gender equality in Afghanistan today.”

This research shows that making commitments and developing policy is a critical first step, but until they are translated into tangible programs, and then actually budgeted and made real priorities, they have little effect on the daily lives of Afghan women. Meaningfully addressing the issues facing women will require cooperation across government actors and effective communication and authority at both the subnational and central levels to ensure that policy and decision-makers are well informed about the realities and needs on the ground, and that local actors are provided the resources and support to implement programs that facilitate positive change. 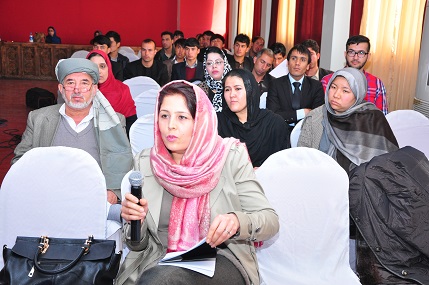 Ultimately, moving forward on the government’s commitments will require creativity, cooperation, and, most importantly, political will. EPD’s launch of the Afghanistan Gender Equality Report Card in the Park Star Hotel, with an audience of around 80 members consisting of civil society, stakeholders, officials as well as several national media, represents a beginning in kick-starting this process.

EPD would like to thank the Embassy of the Netherlands for providing funding and support for this project.