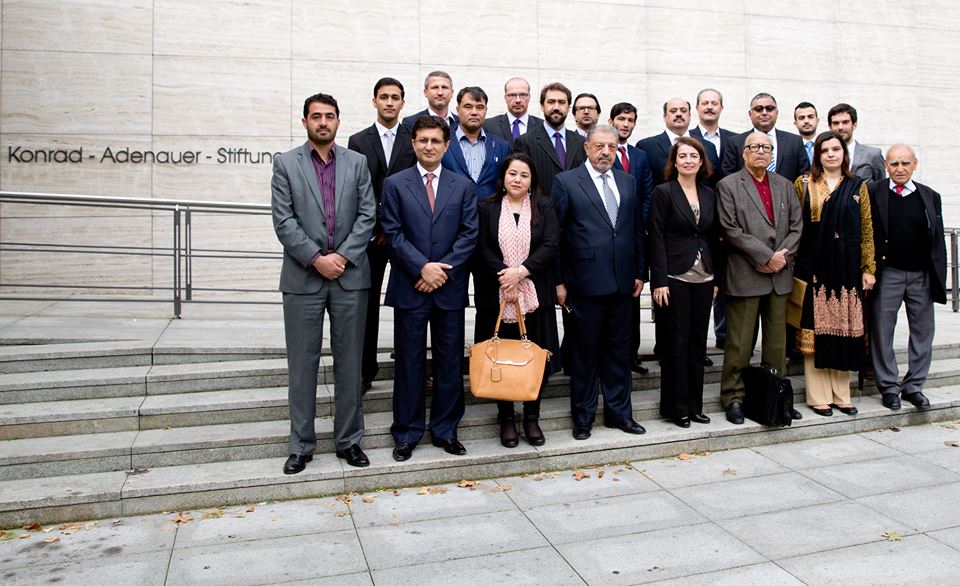 In mid-September, EPD’s Executive Director Nargis Nehan visited Germany to attend a conference and a summer school as a means to build coalitions among regional CSOs and discuss lessons learned in light of the looming NATO withdrawal. Both events were organized by the Konrad-Adenauer Stiftung.

The conference was organized between 12 and 14 September as a means to continue the discussion on Germany’s role in Afghanistan post-2015. This was a follow-up from a similar conference in March. The main questions at this conference were: What are the main challenges and lessons learned for effective German development? How can practical and policy-relevant knowledge management be developed for future missions? Within the framework of these questions, different themes were discussed such as Afghanistan’s stability, security, human rights and the wider transition process.

The main conclusions that emerged from these discussions were that necessary changes in the post-2015 period should be more responsive to Afghan needs and that Germany is committed to reflect on its legacy and past activities in order to look forward.

The trilateral summer school was organized between 15 and 19 September as a means to foster regional cooperation and collaboration between CSOs in relation to Germany. The discussions focused among others on the elections and political crises in Afghanistan and Pakistan, to evaluate both processes and learn from each other’s experiences. Another topic for discussion was trade and commerce, which made apparent that more dialogue is needed to reduce the trade deficit while simultaneously fighting military extremism.

These discussions made clear that a consensus can be found between Afghan participants such as the necessity to reduce Afghanistan-Pakistan tensions and build a more constructive dialogue. The Afghan participants subsequently took the initiative to have post-summer school meetings to discuss and organize activities, ranging from dialogues to advocacy cooperation, in the run up to the next summer school in May 2http://www.epd-afg.org/wp-admin/post.php?post=2204&action=edit015.