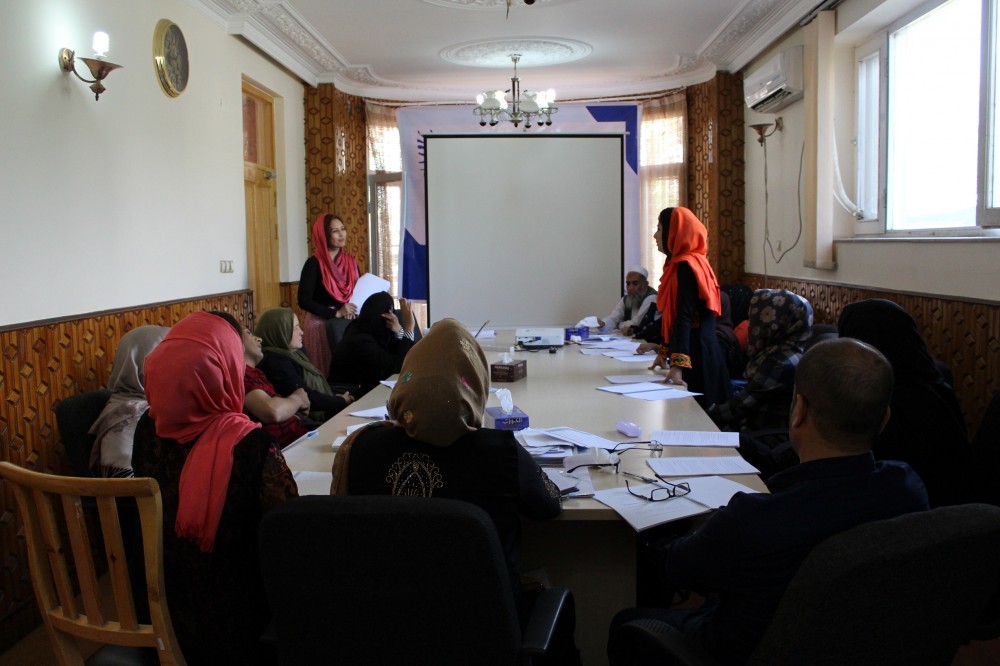 The monitoring of service delivery is the job of every citizen. Each of us has the responsibility to make sure that public funds are spent correctly and transparently, intervening where necessary without the use of violence. This is known as community-based monitoring.

On 16th April 2017, EPD invited its provincial coordinators from 15 provinces of the country for Training of Trainers (ToT) on “Community-based Monitoring Mechanism” in Kabul. The program last for four days and the first day was inaugurated with a speech delivered by Mr. Wajid Khan, the EPD’s executive director. He encouraged them to advocate more for women’s right and solving their problems in grass-root level. He also emphasized on enhancement of the effectiveness of trainings and capacitating the provincial coordinators. Ms. Sheila Qayumi, the program coordinator trained the participants how to monitor services provided by the governmental sectors in their respective provinces.

Over the course of four days, the participants shared their experience, barriers hampering PWNs activities were addressed, solutions for their problems were suggested and also information about monitoring service delivery with specific focus on gender responsive monitoring were imparted to them. The participants learnt how to design a gender sensitive monitoring system to ascertain the social dimensions of a project. It is an organized way of collecting information at the local level for use of local government units, national government agencies, non-government organizations, and civil society for planning, program implementation and monitoring. It is also considered as a tool for improved governance and greater transparency and accountability in resource allocation.

Based on sensitivity of women problem in each province, the related coordinators were assigned to prepare advocacy strategies to tackle them. The issues were selected based on a series of case studies carried out by APPRP and are including internally displaced women, harassment of female police, self-immolation among women, harassment in work place, violence against women and barriers in front of female recruitment. 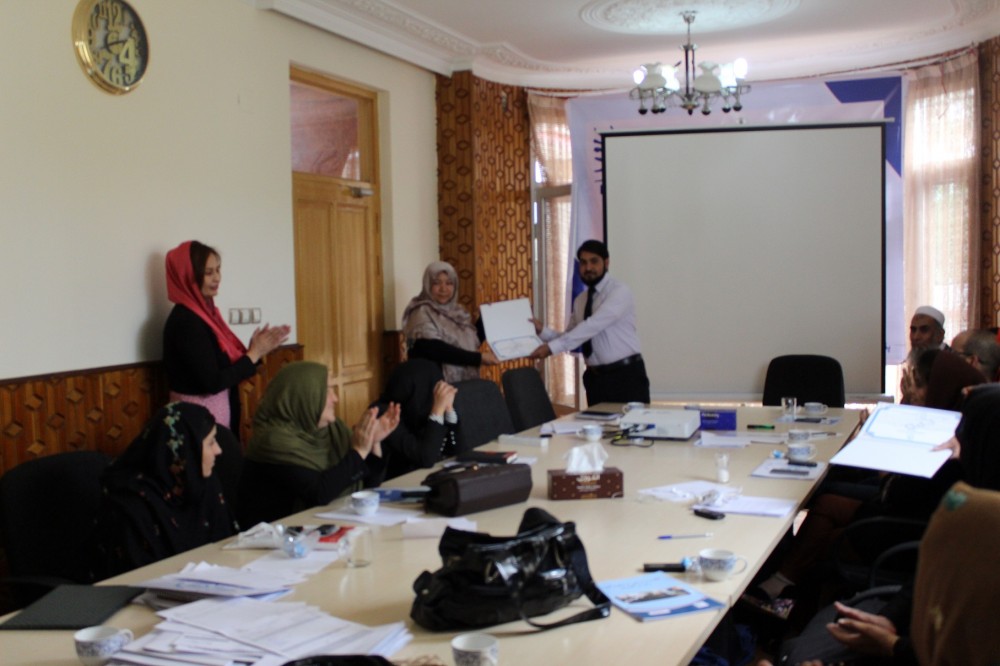 According to the case studies internally displaced women are very vulnerable to violence and are suffering bad situation in refugee camps. Thus reaching out to them especially in volatile areas are very important. The studies also revealed that women are frequently facing harassment in police and governmental offices. It can be one of the main reasons of lack of female representation in governmental entities. Domestic violence and mental problems among women has led to catastrophic consequences such as self-immolations and suicides especially in Herat. Hence, needs for psychological consultation should be provided for potential women for developing depression and mental disorder. Keeping these issues in mind the coordinators will prepare their strategy plan and after being approved, they will implement them to counter the mentioned problems in their provinces.

During the program, coordinators of Paktia, Helmand, Bamyan and Helmand were praised by distributing appreciation letters for their effective activities.