Public-police engagement can be a good approach in promoting rule of law and accountability. On the other hand, introducing community reward of good police and report on it will enhance police effective performance. Keeping this issue in mind, EPD along with The Laision Office (TLO) and SDO (Sanayee Development Organization) have undertaken some activities in Nangarhar to decrease the gap between public and police and promote cooperation. EPD has established a Community Watch committee consisting of 8 members of CSO activists for raising awareness and monitoring the police performance.

Currently, EPD in Nangarhar is monitoring police performance to involve community and civic groups in law enforcement and to enhance transparency. In order to encourage good policing and build trust between police and public, EPD has identified seven eligible police officers and awarded them through an event on 7 August, 2017. The event was attended by police headquarter authorities, justice sector, representatives of the governmental and non-governmental organizations, CSOs, community members and media. 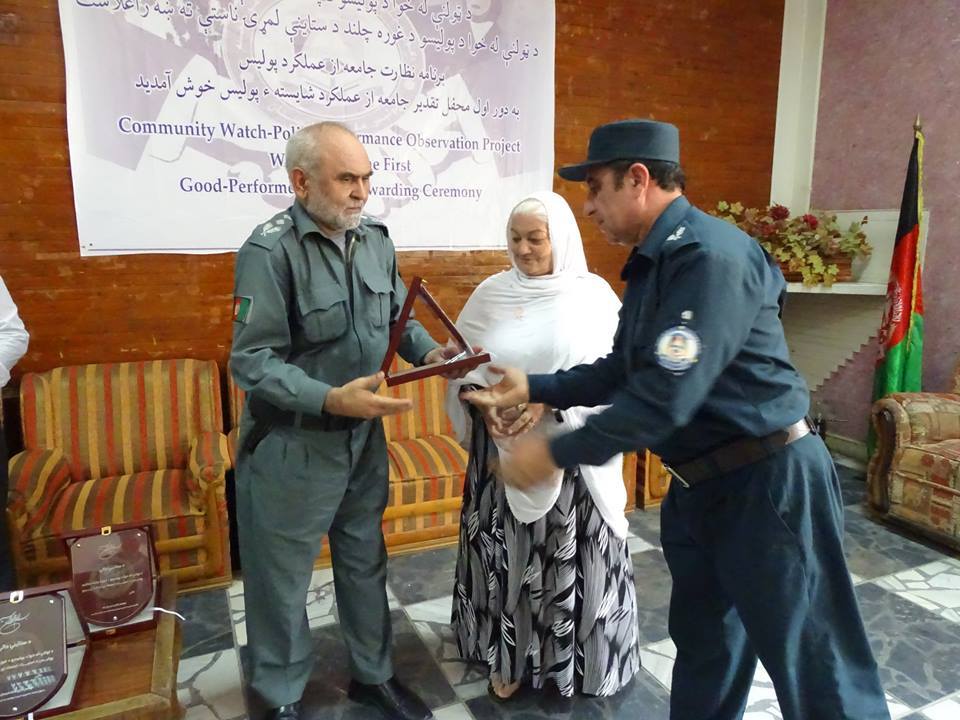 ing last six month, EPD’s Community Watch Committee engaged with police in Nangarhar and this collaboration led to prominent achievements such as conducting dialogues for interaction among authorities in police headquarter and public, awareness raising on needs for cooperation of police and community, addressing drug addicted problems and taking measures for controlling crimes committed by them.

In the event the Nangarhar police headquarters’ efforts for ensuring security and their collaboration with community watch committee were appreciated. It was emphasized that public’s support is vital for effective police performance. Furthermore, building networks of police, public and CSO will enhance trust and decreases the gaps.

EPD would like to thank Nangarhar police headquarter for their extensive cooperation with EPD’s community watch committee.