Community Outreach in 5 provinces-Second Round 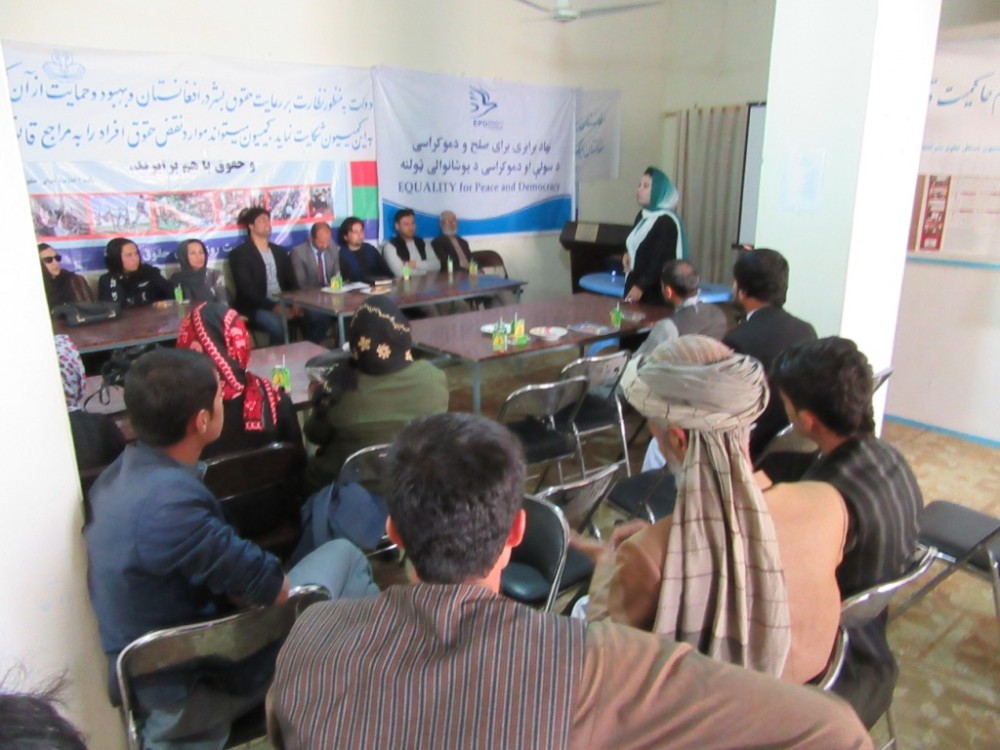 Following on EPDs outreach session in Kabul, similar programs like yesterday, were implemented on 3rd October 2016 in Nangarhar, Herat, Bamyan, Kandahar and Faryab. Over 350 participants across the country came together to support women’s political participation and fill the gap between people and their political representatives.  The session invited several provincial councilors in the aforementioned provinces to connect the politicians with grass-root level individuals and promote better communication between them.

The session was inaugurated with a presentation of the main findings of EPDs research on “Gender, Governance and Corruption” by the provincial coordinators in each of the above mentioned provinces. The presentation entailed topics such as women’s political participation, gendered networks, the elimination of corruption and promoting interactions between public and the politicians. The provincial councilors delivered speeches and emphasized on women’s participation in key aspects of the society and removing gender based violence and discrimination. Representatives of different sectors such as women affair department, justice sector, human right commission, local shuras and networks and civil society also participated in the event.

Ms. Anis Emran (Director of Nangarhar Women Affair Department) during her speech, encouraged women to participate in politics and social activities. She also added that “We do have talented women who are able to run business and represent women in their community but barriers hinder their activities especially in rural areas”. 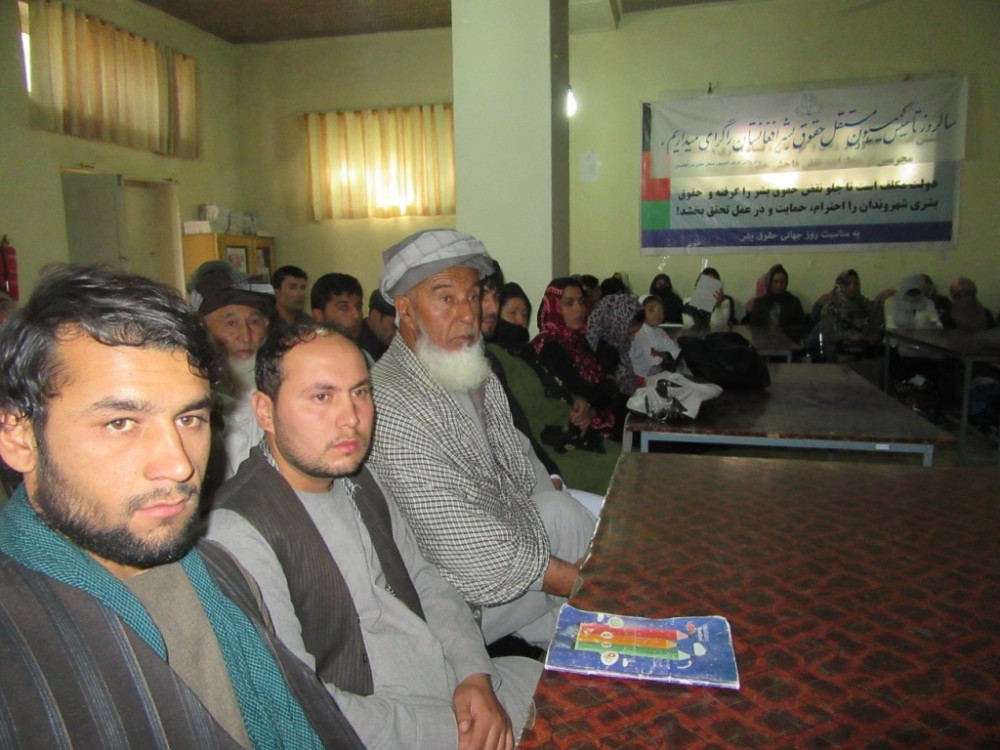 The idea behind greater equality is that women may be better at making peaceful decisions than men, who have been linked to virtually all wars in human history. There is also the claim that women are more successful when it comes to building bridges and negotiating outside of their own group. In the case of Afghanistan, divisions between tribal lineages have complicated efforts to bring about peace. It is hoped that as the voice of women grows in public life, alternate networks that bring about stability will be sustained.

The participants had the chance to ask question, and to share their concerns regarding women’s participation in all areas of Afghanistan. At the end of the program, members of the Provincial Council incorporated the discussions into a press release with the technical support of EPD staff, later will be shared with various media outlets.