Community Outreach in Kabul-Second Round 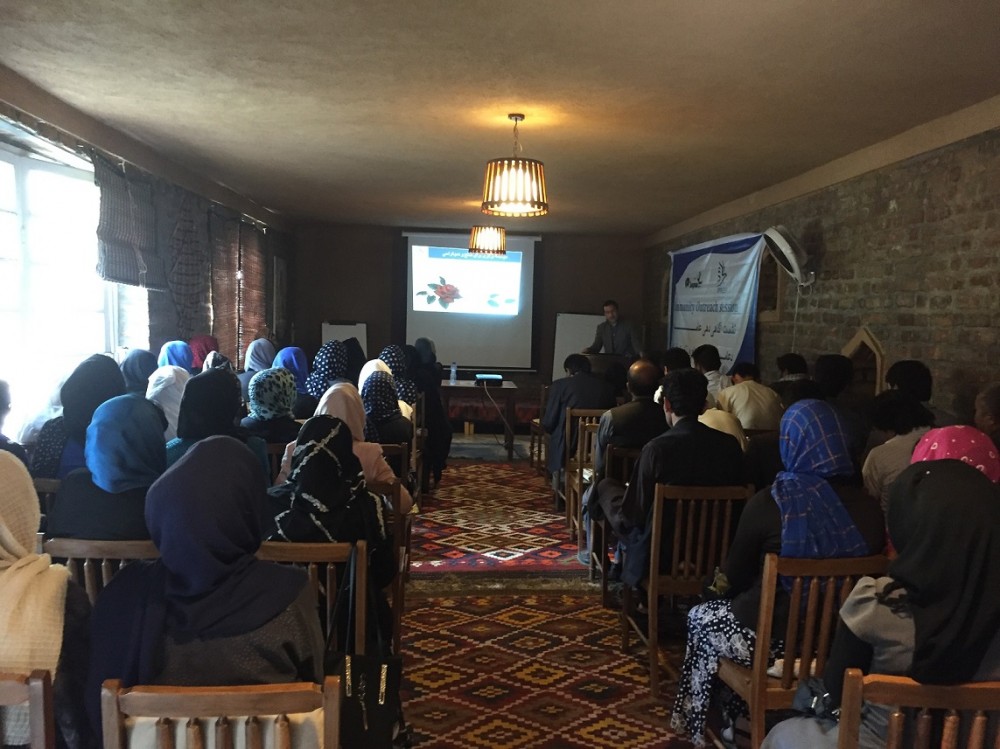 On 2nd October 2016, EQUALITY for Peace and Democracy held a public outreach event and brought together around 63 participants including representatives from governmental institutions, civil society, provincial women network and men and women from different communities in Kabul. From the local to the global level, women’s leadership and political participation is restricted. Women are underrepresented, whether as voters or as leaders. This happens despite their proven abilities as leaders and agents of change, and their right to participate equally in democratic governance.  Women face many obstacles to participate in political life. Structural barriers through discriminatory laws and institutions still limit women’s options all around the world to run the office. Educational gap mean that women are less likely to have the same opportunities as men in terms of education, contacts and resources needed to become effective leaders.

Resolution 1325 calls for increased participation of women at all levels of decision-making. In case of Afghanistan, this includes local councils, central government, security agencies, the High Peace Council and its Provincial Peace Committees. As well as this, the Government pledges to do more to enable women to vote in elections – an important way for women across the country to bring about change. How the Government plans to achieve these changes is discussed below. 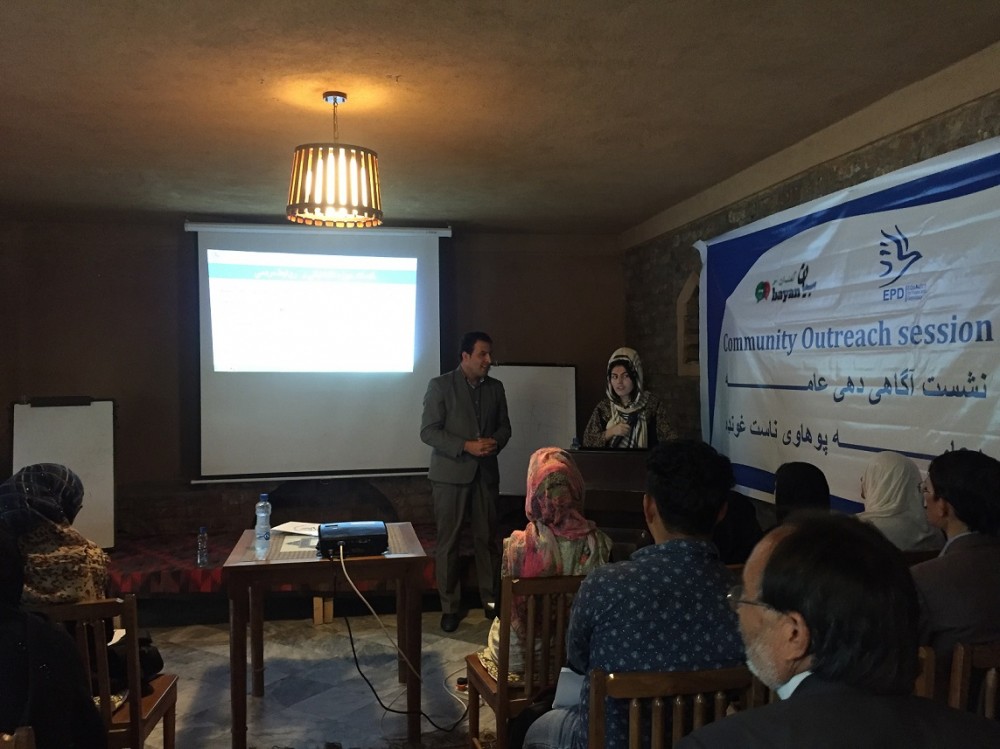 EQUALITY for Peace and Democracy as a support of protection and participation pillars of the UNSCR conducted this session. It aims to raise awareness and begin dialogues with government actors on issues of women’s protection and participation. Government should consult, interact, and exchange views and information with the public, so that citizens can express their preferences and provide their support for decisions that affect their lives and livelihoods.

During the program a presentation was conducted about main findings of EPDs research on gender aspects of political corruption entitled “Gender, Governance and corruption”. After the presentation, well known politicians such as Ms. Maryam Sadat (Kabul Provincial Member) delivered speeches on importance of women’s political participation and the barriers that limit women’s access to resources and their representation in the society. The participants found this opportunity to raise their questions and share their ideas. The program was concluded a press release which would later be disseminated into the media.