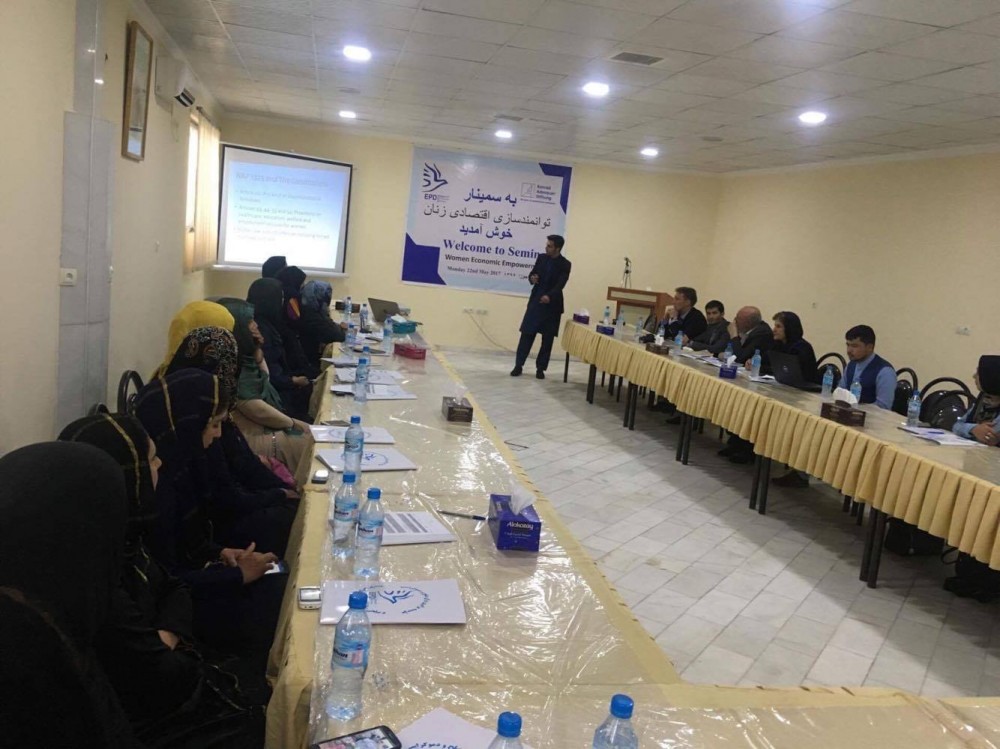 Legal framework, creation of financial system, provision of basic infrastructure and access to regional cooperation and summits provided access to Afghan entrepreneurs (businessmen and businesswomen) to regional and global markets to start import and export businesses. The private sector development strategy under the ANDS 2007/2008 – 2012/2013 also helped build an enabling environment to bolster private sector and bring investments to the country. The strategy fell short in segregation of gender in private sector development. The only instrument in the strategy to target women was provision of microcredit access to rural women who are poor.

Although, there has been progress with the support of the international community but women status in Afghanistan still remains worrisome. The World Bank’s 2012 World Development Report on Gender Equality and Development highlights that gender equality can improve economic productivity and improve overall welfare of societies. Women are still under represented in the economy of the country and are mostly active in the informal businesses and subsistence work in the economy. Agriculture is the only sector that employs majority of women mostly with no enumeration and to support their family members in agricultural production.

ON 22nd May 2017, EPD held a conference on “Women Economic Empowerment” in Herat bring together around 35 women entrepreneurs to discuss about challenges that women are facing in Herat markets.

The event covered a panel discussion headed by prominent entrepreneurs to share experience and bring up barriers in front of women’s business. Also a focus group was arranged to provide the opportunity to share views of women in Herat about entrepreneurship.

Ms. Saweeta Durani an entrepreneur in Herat mentioned lack of trust in women as one of the main barriers in running her business. She has submitted several proposals for implementing business activities but each time she was rejected due to male dominance and lack of trust in women as runners of business. In her view, such perceptions in society can highly affect women’s confidence as well.

The participants believed that insecurity especially due to abduction and robbery, lack of financial support, lack of equipment and corruption are other limitations restricting women entrepreneurship in Herat.