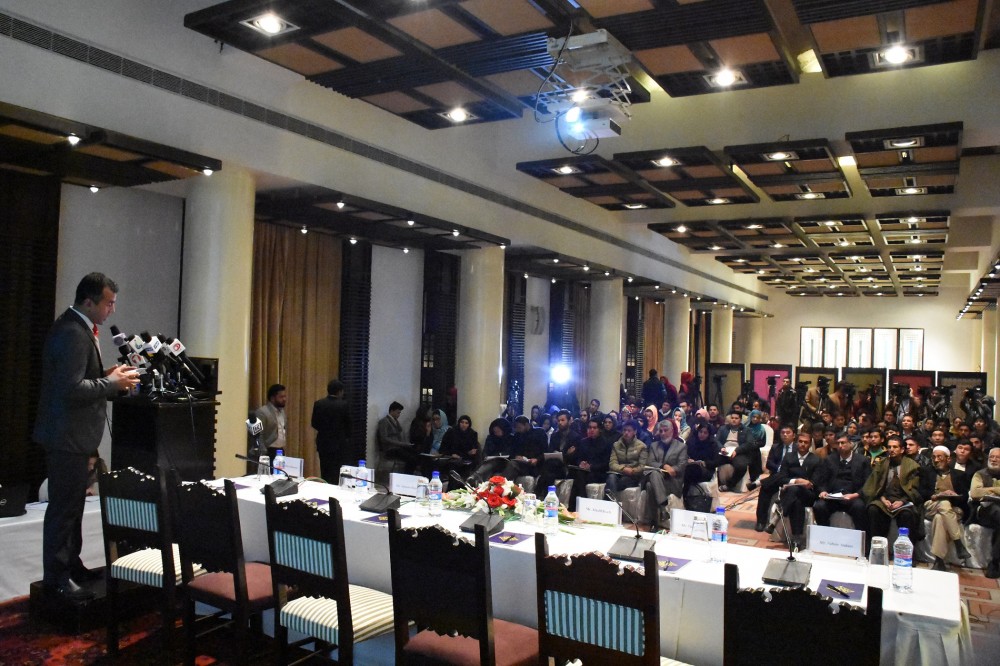 EQUALITY for Peace and Development published its annual report for year 2016. It includes information on research, launch events, conferences, advocacy activities, trainings and other events hosted by EPD throughout the year. Over this year, EPD has conducted numerous rounds of awareness raising trainings in support of women’s peace and security where women from grass-root level participated and were encouraged to stand and fight for elimination of violence against women. EPDs PWN members from 15 provinces of Afghanistan conducted some activities for the betterment of women like improving the situation of women in prisons and shelters, enhancing female police recruitment, women employment and resolving  VAW cases through both formal and informal approaches.  They have also participated in local monthly meetings, provincial dialogues, quarterly meetings and central exchanges to interact with each other and share experience.

EPD has also celebrated international events including women’s day, peace day by holding events and distributing gifts. It has also campaigned for 16 day of activism by setting up raising billboards in Kabul, Parwan, Kapisa and Panjshir to raise public awareness regarding VAW and its prohibition through Islamic law and EVAW law. During this period, It also raised awareness on anti-harassment regulation both in the Center and provinces.

EPD has also put efforts to economically empower impoverished women. Numerous rounds of tailoring, marketing and management trainings were conducted, as well as advocacies to support women in the Women Protection Centre (WPS) and also to the victims of violence at local, national and international levels.

ing is another area where EPD has focused on during this year. Two symposia in national and regional level were conducted inviting peace experts to share their views on peace building in Afghanistan and progress of reintegration process. EPD has also conducted several researches in 2016, including “Barriers to Women Entrepreneurs’ Access to Market”, “Governance, Gender and Corruption”, “National Budget Review” and two rounds of PWN assessment which were shared publicly and were used in campaigns in provincial and national levels for supporting women.