Training on Financial and Economic Costs of Violent Extremism

EPD held a 4-day training on 24th to 27th of August, 2015 in Kabul for the provincial coordinators. After being trained, they in turn facilitated the 3-day training of “Introducing Advocacy Toolkit” for PWN and ACTA members in the 7 provinces of Kabul, Kunduz, Faryab, Bamyan, Nangarhar, Kandahar and Herat in mid-September, 2015. These trainings aimed to illustrate the financial costs of violent extremism in Afghanistan at local, provincial and national levels and how much Afghanistan is losing its budget through such expenses. Through the trainings, PWN and ACTA members are meant to use the toolkit prepared by USIP research in their advocacy activities at provincial and district levels.

Insecurity and violent extremism have financial and economic cost. The public resources invested in security are diverted from much-needed public services such as education and healthcare. Spending on security infrastructure and equipment detracts from resources that could be used to build roads, schools, and other critical public infrastructure. Internal conflict and instability has been shown to have a negative impact on investment and savings, as well as economic growth.

The ongoing conflict and violent extremism have already created considerable financial and economic costs for Afghanistan, the region, and the international community. This research has addressed the costs borne by the Afghan government and the country of Afghanistan, as a means of assessing additional costs that will be incurred as long as conflict and instability continue. 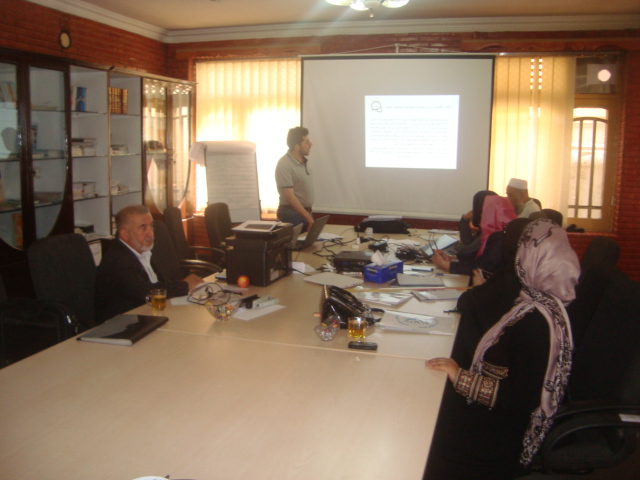 For Afghanistan, without calculating macro-economic implications, the cost of one year of conflict and violent extremism was calculated at 9.091 billion USD, or approximately 24.906 million USD per day. This figure is the equivalent of 44% of Afghanistan’s GDP. It is approximately 113% of the total of Afghanistan’s 1394 national budget, and amounts to roughly four times the Afghan government’s revenue collection target for 1394.

The research report will be launched in late fall this year and will be uploaded on the EPD website in three languages.

This project is funded by the United Institute of Peace.