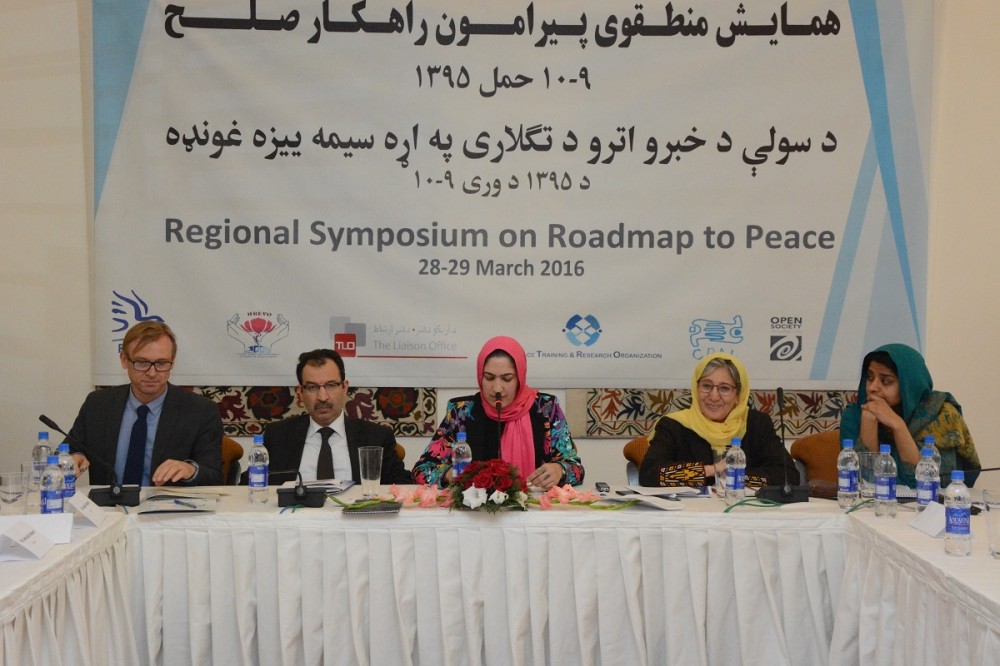 On 28th and 29th March 2016, EQUALITY for Peace and Development (EPD) launched a regional symposium with the participation of 99 attendees. The event was supported by Open Society Afghanistan, bringing together international experts from neighbouring countries, as well as representatives of civil society and the media in Kabul. The participants had experience in supporting a range of national and international peace efforts, and provided feedback so as to finalise the draft of the Roadmap to Peace.  The symposium included a series of panel discussions on the various drivers of stability, along with detailed Q & A sessions.

The first day of the symposium was inaugurated by Mr. Mohammad Edrees Omarzad,  Executive Director of EPD, on the roadmap to peace and overall aims of the program. Following this, Mr. Zafar Hashimi, deputy spokesperson of Mr Ashraf Ghani, delivered a speech conveying the president’s blessing. H.E Mr. Hekmat Karzai, Deputy Minister Ministry of Foreign Affairs, spoke about the current aims of the government, including efforts to consult with the U.S and China on the peace process, following the inability of Islamabad to deliver on its pledge to bring the Taliban to the table of peace talks. Mr. Farhadullah Farhad, Deputy Executive Directive of the High Peace Council, outlined the organisation’s new structure and current peace strategies.

The symposium continued with three more panel discussions. The first session brought together Mr. Masood Karokhail (Head of TLO), Mr. Mirwais Wardak (Head of PTRO) and Ms. Nooria Sultani (EPD Program Manager). The panelists presented the outcomes of the National Symposium and the key findings of their research, a nationwide partnership between local NGOs (EPD, CAPAU, HERVO, PTRO and TLO). Their discussions addressed the perspectives of local citizens, including their hopes and fear with regards to achieving peace.

The second session discussed opportunities and challenges which the region faced. The panellists included Dr. Omar Sharifi (PhD Candidate, Cultural Anthropology, Boston University), Ms. Kate Clark (representing the Afghan Analyst Network) and Mr. Casey Jonson (freelance consultant). During her speech, Kate Clark declared that: “if you don’t understand what is driving the war, it would not be easy to find the ways to end it”. Casey Jonson, who contributed to the Roadmap research, observed that “the interviewees were less inclined to blame only the Taliban for violence in Afghanistan, so much as the government for being unaccountable”. 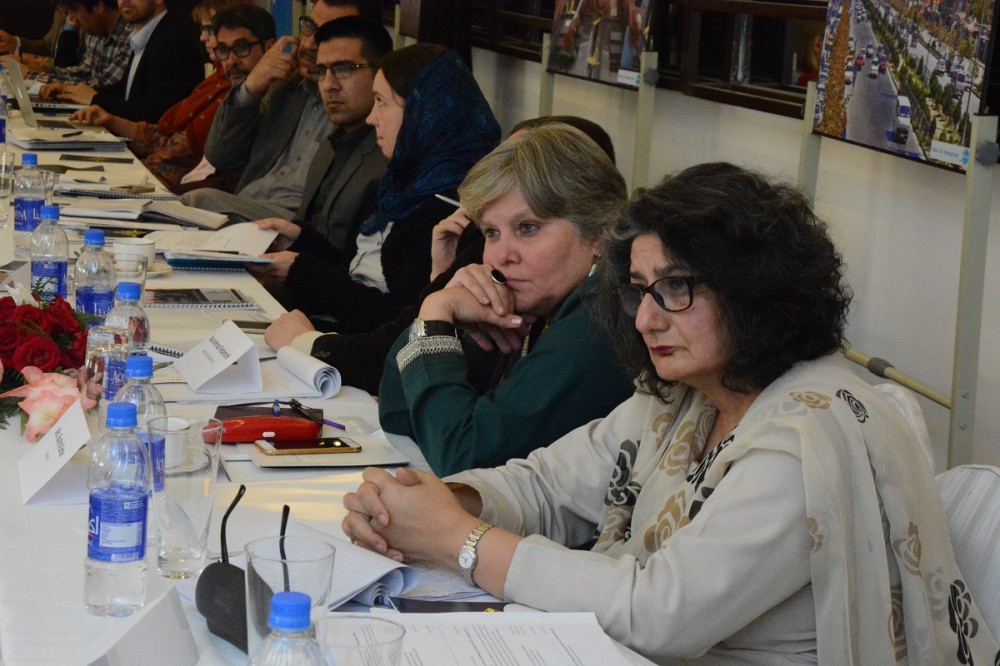 The last panel session of the first day of the symposium discussed the importance of cooperation and the active involvement of civil society institutions across the South Asian region. Mr. Aziz Rafiee (Civil Society Activist), Ms. Seema Baloch (politician and social development consultant from Pakistan) and Mr. Shahmahmood Miakhail (Head of United State Institute of Peace) contributed as panelists. Mr. Rafiee expressed concerns that Afghanistan’s security challenges were getting worse. Ms. Seema Baloch stated that addressing the social challenges of poverty, a lack of education and instability were common goals that the countries of South Asia should strive for together. She emphasised the shared interest across the region in securing peace. Furthermore, Mr. Miakhail concerned about the government’s capacity, “in order to defeat the insurgency, we should improve governance in the country. The Taliban did not emerge due to poverty alone: it was a failure of governance”.

The second day of the symposium hosted three other panel session providing more input to be incorporated in the Roadmap. The first session focused on the potential of constructive relationships in the region to create peace and security in Afghanistan. The panellists included Mr. Kamaludin Abdullaev (Associate Professor at the Russian-Tajik (Slavic) University), Ms. Bushra Ghohar (Central Vice President of the Awami National Party in Pakistan) and Mr. Musa Mahmodi (Executive Director of the Afghanistan Independent Human Rights Commission). Ms. Guhar stated that: “for addressing security challenges on both sides of the border, it is vital to stop outsourcing borders to militants & ensure
meaningful development.  Also, a serious rethinking of policies is required for lasting peace initiatives”. Mr. Abdullahaev spoke about the impact of Afghanistan and Pakistan’s peace process on Central Asia as a whole, arguing that key problems are in fact domestic, such as poverty and corruption.  Mr. Mahmodi expressed concerns about the lack of law enforcement, as well as on-going human rights violations.

The next session explored the role of countries within the region in the promotion of peace in Afghanistan. Ms. Palwasha Hassan (women’s rights activist), Dr. Idrees Rahmani (political scientist and researcher based in the US) and Mr. Ranjit Gupta (ambassador of India) and Ms. Habiba Sarabi (HPC representative) served as pannelists. Mr. Gupta pointed out the rise of attacks against Indian interests, emphasising that such threats would not deter India from supporting Afghanistan. Ms. Sarabi highlighted the strategic location of Afghanistan, making the case that what occurs in Afghanistan can have an impact on the entire region. Mr. Rahmani focused on practical methods of reducing violence, by tracking financial activity to identify the donors behind the attacks. 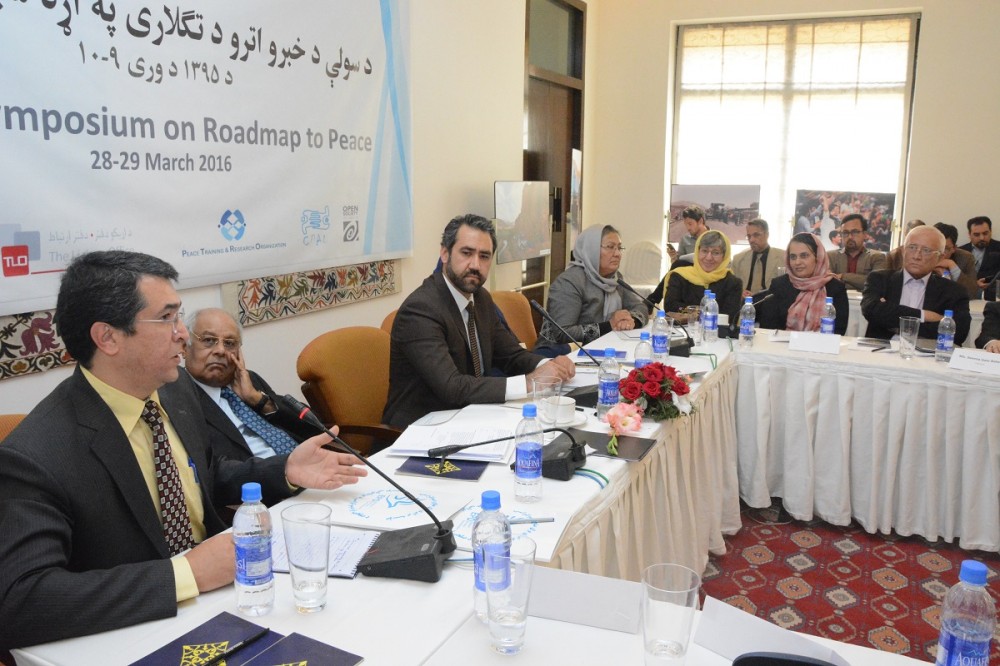 The last session revolved around the role of the UN and OIC, along with the value of mediation. The panellists included Dr. Sima Samar (Chairperson of the Afghan Human Rights Commission), Mr. Rabia Nusrat (International Alert), Prof. Dr. Alaeddin Yalcinkaya (University lecturer in Turkey) and Mr. Bruce Koepke (UNAMA). Dr. Samar argued that peace cannot be achieved by talking alone, but requires substantial programming. She also added that the blame game played among countries in the region is counter-productive. During the discussion, the participants agreed on the importance of mediation, although they criticised the lack of such efforts in many of the more volatile areas of the country.

The input provided during the panel discussion will be incorporated into a finalised draft of the roadmap, to be disseminated by email.