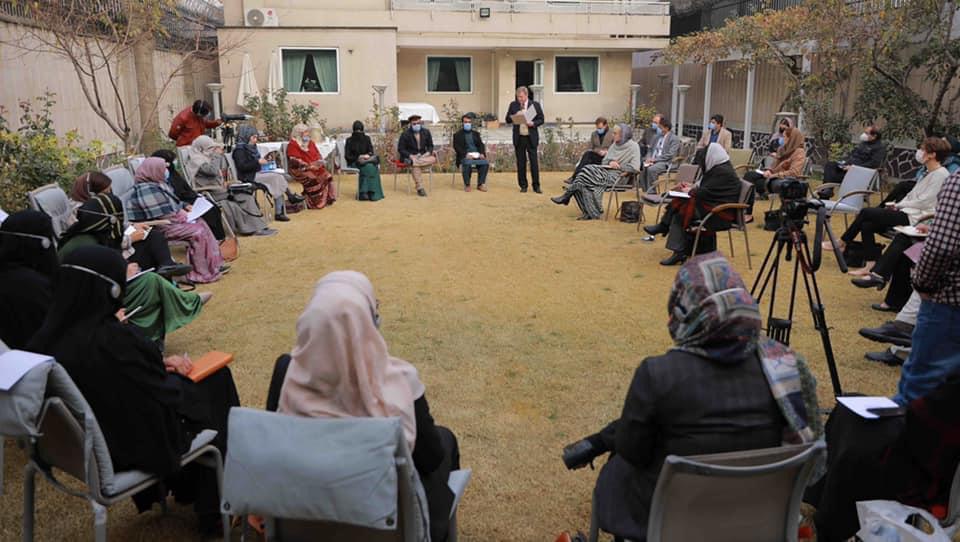 On November 11th, 2020 the Norwegian Embassy in Kabul, in collaboration with Afghan Women Peace and Freedom Organization (AWPFO), EQUALITY for Peace and Democracy (EPD), NCA, UN Women, and UNAMA, held a half day gathering on the topic of “Humanizing Women’s Rights in Peace and War”. A total of 12 women joined the event from different provinces to share their views in two panel discussions on;

Panel 1: Women’s rights from Islamic perspective, and in the light of national and International laws

The purpose of the gathering was to raise the voices of the rural women in the upcoming Geneva Conference on Afghanistan by sharing a short video, statement, and summary report of the event and thus to share their experiences and demands with stakeholders. The Geneva Conference will be a highly significant platform for the non-governmental organizations to share their enlargement obligations for 2021-2024 to promote sustainable development, prosperity, and peace in Afghanistan. The key point of the gathering was the following:

Women are an integral part to ending the ongoing crisis and they won’t relent until a sustainable solution to peace is sought. The women call on the parties in conflict stating that “ ENOUGH IS ENOUGH AND STOP THE CONFLICT”. Today Afghanistan stands at a crucial juncture of history, where the Taliban and Afghan government have begun peace talks to put an end to the 41 years of war. Afghanistan bleeds every day due to bullets, bombs, tyranny and torture. A weak state and bad economy have affected the lives of the people. If we are not under the siege from bombs and rockets; common Afghans still suffer from hunger and poverty, natural hazards, and culture of violence and men domination. Every day is a war and every day people lose their body parts, dear ones, and their lives.

The conflict in Afghanistan has taken a particular toll on women and girls. Over half the population lives below the poverty line and this has hit women the hardest. Despite all these challenges, we are working tirelessly to change this country to a better tomorrow. Afghan women from different walks of life: grass root level women leaders from conflict zones, women Ulema and religious peace makers, girls and women with disability, and widows are trying their best to leave a positive imprint in peace building. Afghan women have been suffering from war, violence, and exclusion. Despite all this women have fought back for their rights and they will continue their struggle until a sustainable solution is achieved. It is equally the responsibility of Afghan men, the Government, and the international community to stand by the women of Afghanistan. 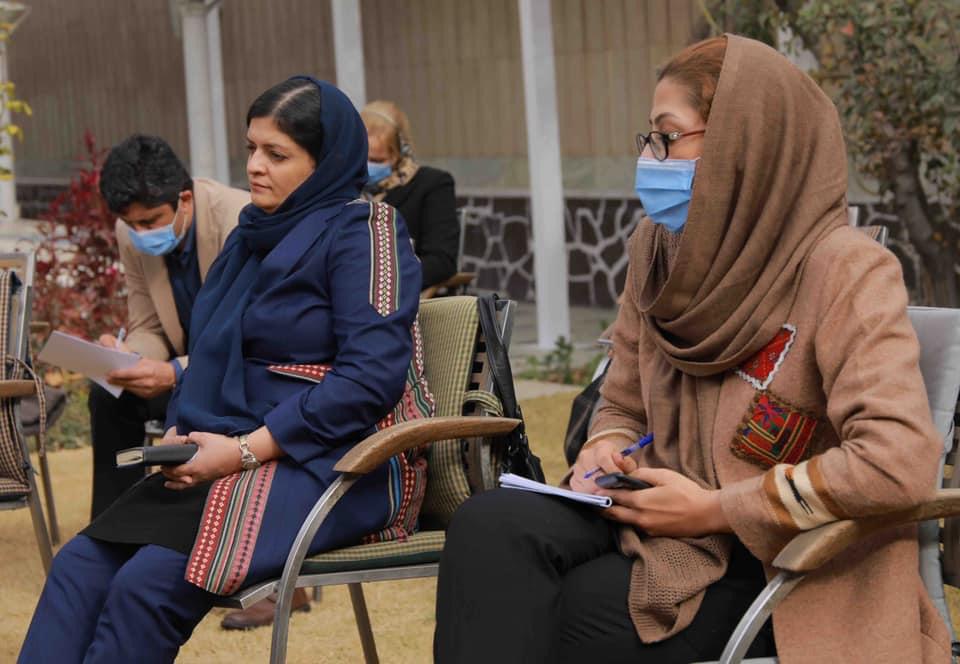 After extensive delays to the Intra-Afghan talks, the official start in September was indeed a milestone. The presence of four women on the republic’s negotiation team is a positive development, but it still isn’t meeting the 30% participation of women which is repeatedly asked by the Afghan women. The Taliban must show their commitment to women’s rights and their changed mentality towards women by including women representatives in their team. It must be reiterated that Peace cannot come at the cost of women’s rights and peace will not be successful if women are ignored in this conversation.

We are urging the international community, including global and regional actors, UN Member States and donor countries to exercise their responsibility to ensure that none of the parties involved, including the Taliban, restrict women’s human rights, civil liberties or citizenship in any way. Political pressure from the international community can be effectively used to promote the protection of women’s rights and our formal and direct participation in the talks and the subsequent state-building processes. The widespread and meaningful participation of women in the peace process is essential both for peace and for the fate of Afghan women. Women Ulama must be part of the Republic’s negotiation team in order to have moderate interpretation of human rights and women rights.

We also expect from the International community to facilitate creation of strong mechanisms for monitoring programs to ensure effective standards for the protection of women’s rights, and there should be serious action if violating the agreement. Afghans are desperate for peace, and we want all actors involved in this process to play their vital role to ensure a sustainable peace for all Afghans.