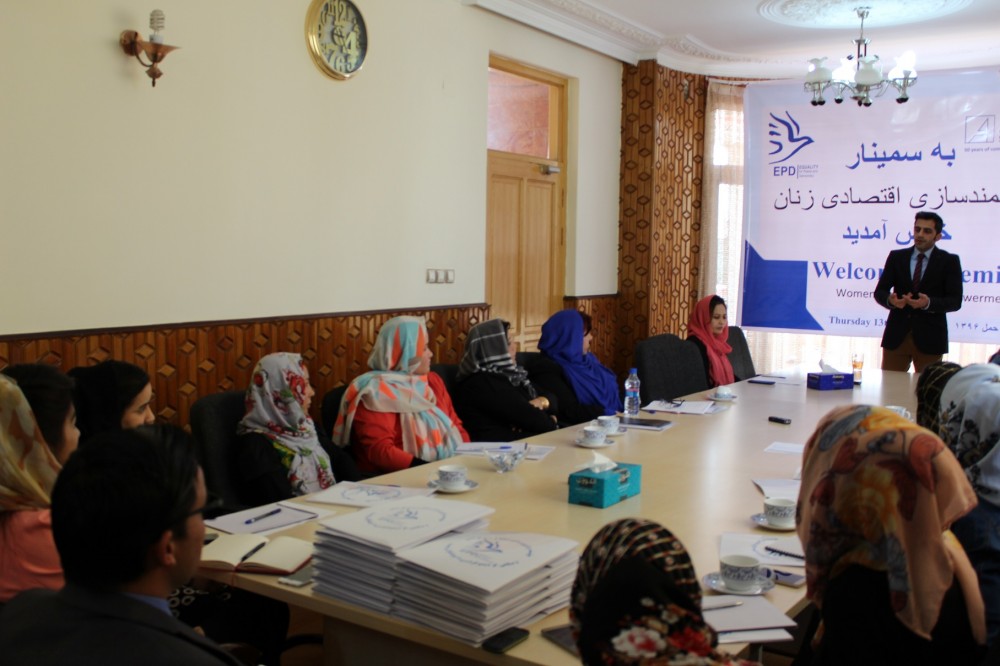 While there is little study of women owned businesses’ contribution as drivers to increase the growth rate of the economies but there is a general consensus that women play pivotal role in development and growth of the economies. If the barriers preventing women from economic participation are eliminated or alleviated, labor productivity could increase by up to 25% in some countries (World Bank Gender Report 2012). Overall, women presentation in education, economy and political institutions has increased as a result of targeted policies in the world. The World Bank’s Gender Equality and Development report of 2012 indicates that “women present 40% of global labor force, 43 percent of the world’s agricultural labor force and more than half the world’s university students”.

On 13th April 2017, a joint seminar of Konrad Adenauer Stiftung (KAS), EQUALITY for Peace and Democracy (EPD) and women entrepreneurs was held in EPD’s main office conference room. The sole aim of this meeting was to discuss the problems and challenges the women entrepreneurs are facing in Afghanistan and also to come up with solid recommendations to overcome those problems and challenges. 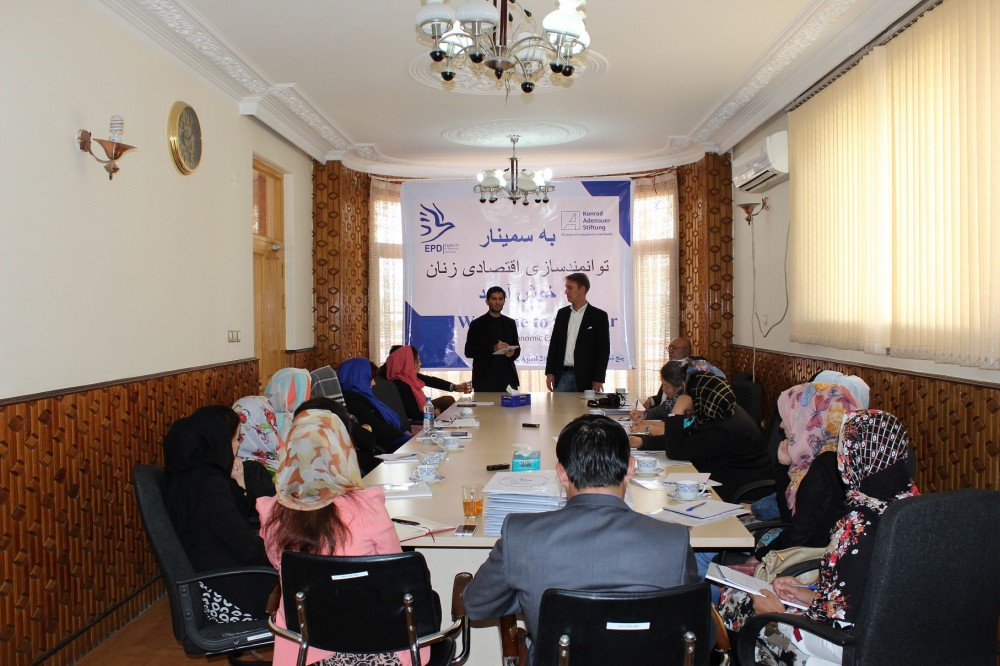 While economic prospects for women and Afghan society as a whole have improved considerably since 2002, significant challenges remain. Although, there has been progress with the support of the international community but women status in Afghanistan still remains worrisome. The United Nations Development Program (UNDP) assesses gender inequality in countries using reproductive health, empowerment and economic status of gender as indicators where Afghanistan has been ranked 150 out of 151 countries.[1] Afghan government has stepped up to improve the overall living conditions of women in Afghanistan, among other policies and laws enacted, the National Action Plan for the Women of Afghanistan (2008 – 2018) focuses on women economic empowerment.

The program was commenced with the welcome note to the participants given by Mr. Khalid Seddiqi, the EPD’s technical advisor. He had comprehensive discussion on Afghanistan National Development Strategy (ANDS) which firmly focuses on involvement and participation of women in various sectors and their role in national development of the country.

A group discussion was held to have opinions of women entrepreneurs on opportunities and challenges that women are facing in running their business. 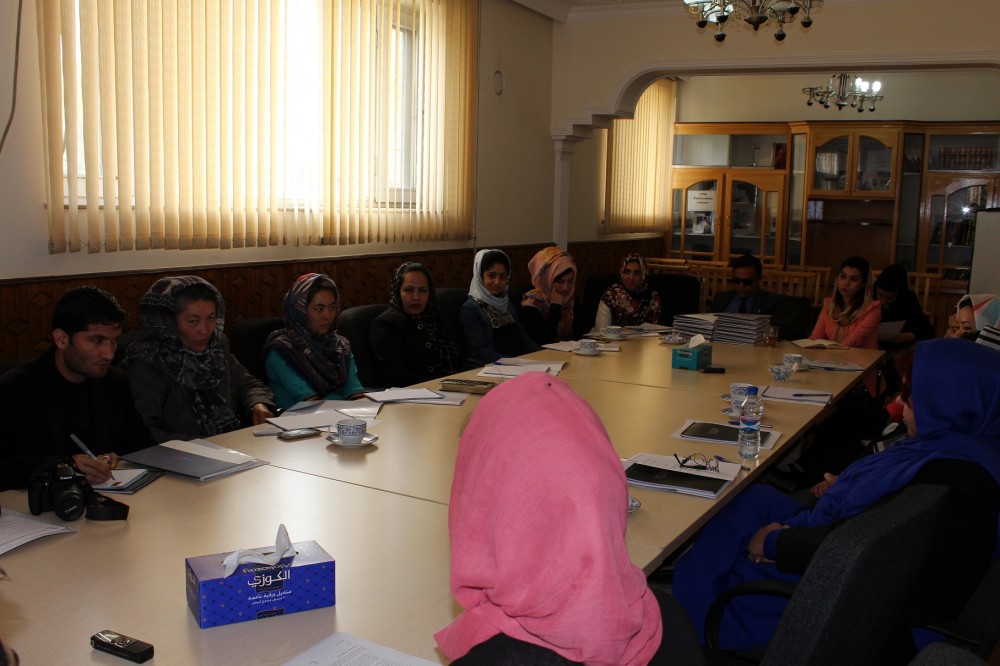 The women entrepreneurs mentioned that lack of government support, lack of access to market, limited access to investment and loans and high rates of interests and fragile security situation.

Followings are some of the recommendations suggested by the participants to enhance women entrepreneurship: